A very successful workshop on the subject of ancestral tourism took place on Thursday 15th March 2012 at the Kintore Arms Hotel in Inverurie, starting at 9:30am and finishing at 4:30pm.

Around 75 delegates took part in the event which was aimed at stakeholders across the tourism sector with the purpose of raising awareness of the economic potential of ancestral tourism for the North East of Scotland and establishing partnerships for future joint working.

The workshop was facilitated by Cameron Taylor with the guest speakers being author and broadcaster Nick Barratt from BBC TV’s “Who Do You Think You Are”? and Gillian Swan, Ancestral Marketing Manager for Visit Scotland.

The Aberdeen and North East Scotland Ancestral Tourism Partnership would like to extend its sincere thanks to these speakers for making the day such a great success. Their presentations can be downloaded here:

A personal account of the day is given by STGA Blue Badge Guide, Pauline Corrigan, in her blog on the STGA website here:

This event was supported by the European Regional Development Fund 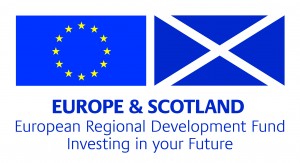